Vatican City… Words and photos do no justice. I’ve always heard of the brilliance of the Renaissance artists… da Vinci, Raphael, Michelangelo…. But to stand in those walls and view it first hand… I wish I were a trained photographer, maybe then I could have captured the stunning work in the manner in which it truly deserves. My own photographs fall woefully short at depicting Vatican City’s beauty. 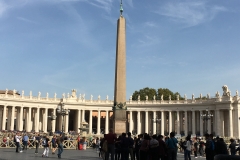 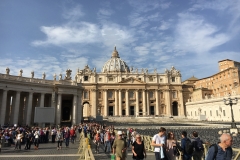 [Show slideshow]
Our day started at 8 AM with a skip the lines tour and I am grateful we chose the earlier tour and visited off season. As one of the most visited sites in the world, Vatican City attracts more than 10,000 visitors, daily, on average. As the tour advertised, we did in fact skip the lines.

In 3 hours we visited several areas in the Vatican Museum, Sistine Chapel, and St. Peter’s Basilica…. We toured room after room of sculptures, frescoes, paintings, tapestries, and mosaics. I’ve never been surrounded by so much beauty. It’s almost breathtakingly overwhelming. 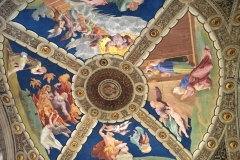 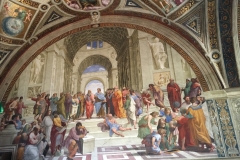 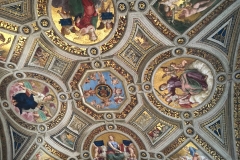 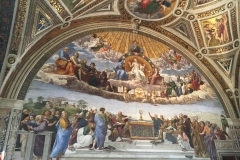 [Show slideshow]
The level of depth, detail, and perspective reflected in the artwork is incredible. Not only do the tapestries look more like paintings, but the walls and frescoes themselves had such depth. In one gallery, the Map Room, not only were the maps drawn with such precision, but the borders were painted as well. Upon entering the gallery, I thought the maps themselves were paintings hung in glorious frames. Imagine my surprise when I learned the borders themselves were painted and so part of the fresco itself. 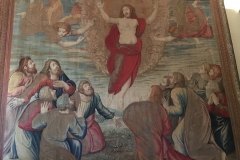 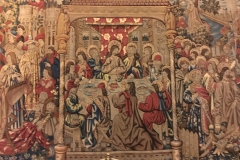 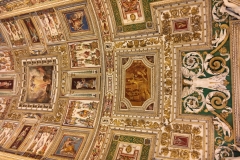 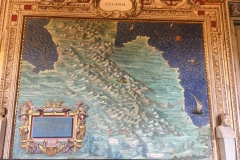 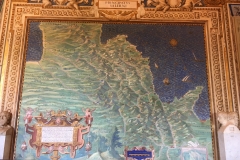 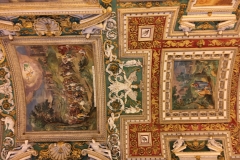 [Show slideshow]
I was also surprised to learn that talking and taking photographs are forbidden in the Sistine Chapel. At the start of our tour, our guide took us to photo replications of the chapel outside the main galleries to explain the history behind its famous ceiling. 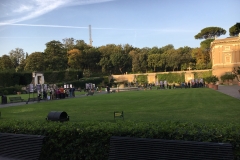 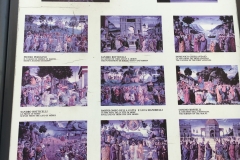 [Show slideshow]
Did you know that prior to painting the Sistine Chapel, Michelangelo was, by trade, a sculptor, who had no experience painting frescoes? He was reluctant to take the commission and only after much persistence from Pope Julius II did he finally accept.

It is recorded that Michelangelo hated working on the Sistine Chapel, even going so far as calling the project torturous. He suffered physical ailments due to the many hours of contorting his body in unnatural poses to paint the ceiling. Contrary to popular belief, Michelangelo did not paint the Sistine Chapel lying down. He and his assistants used scaffolding, designed by Michelangelo himself, that allowed them to paint standing upright.

When we reached the Sistine Chapel our tour guide left the area and waited for us in a room off to the side to give us time to view the ceiling. The chapel is much smaller than I thought. It basically consisted of one large room, rather than several adjoining rooms which is what I originally imagined. While not completely silent, the lack of talking/noise was striking. I stood in awe those few minutes, imagining what it must have been like for Michelangelo, all those years ago, painting day after day for four years, working on a project that would become the masterpiece of his life’s work and high Renaissance art, all while suffering mentally and physically due to the laborious nature of the project. He may have believed that he was, “… not in the right place” and “… not a painter,” but his work proves otherwise.

Upon leaving Sistine Chapel, we then made our way to St. Peter’s Basilica. The scale of which is still difficult to comprehend. Along the domed ceiling are statues that stand forty feet high although you would never know to look at them. Elaborate, intricate alters spotted the landscape. Everywhere I looked another could be found. Again, I stood in awe, marveling at the design, engineering, and beauty of the place. 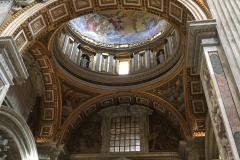 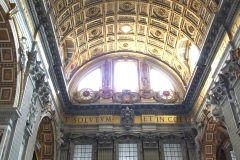 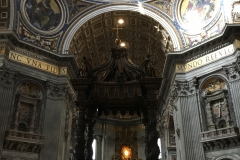 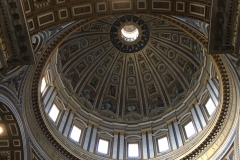 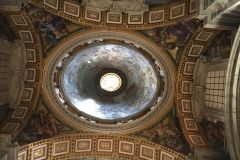 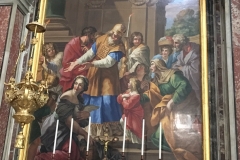 [Show slideshow]
After our Vatican City tour ended, dear hubby and I took the obligatory selfie in front of the Swiss Guard then walked the streets of Rome before hopping on the City Bus Tour. Needless to say, dh caught me snoozing on the city tour so we stayed on for a second loop. In my defense, jet lag’s rough! 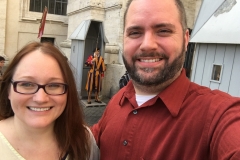 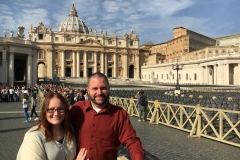 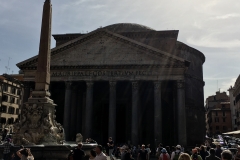 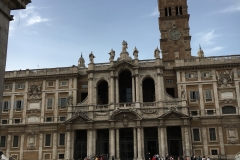 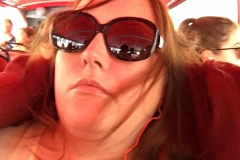 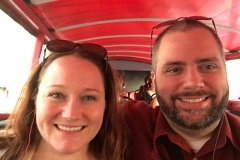 [Show slideshow]
Finally we ended the day with dinner at That’s Amore where we both had wonderful meals. Their Carbonara and Fettuccine al ragù bolognese are amazing!! A perfect meal to end a perfect day.