The air was hot, so hot the sweat sizzled on my body before evaporating. I stepped off the bus to the Egyptian-Israeli border. The sunglasses blocked the desert sun, but not the heat; not the damn heat. I was one of many walking to cross the border into Egypt, and yet, why had I come? I’d left Jerusalem a few hours earlier—left my three new friends behind. With only a flimsy promise of meeting Dani, Kori, and Simon in three days in Sinai, I’d stepped onto the coach with Gerry and Megan.

We traveled on the coach by night, and as dusk turned to midnight, to the faint tinge of dawn, we approached Eliat…

“Amy, are you still angry?”

I entered Customs and watched those around me. Most were Israeli citizens with small travel bags—a few books in hand. Me, I was an 18-year-old tourist—it was my first time.

“I thought we made the decision NOT to travel into Egypt.”

“We don’t have an Egyptian visa.”

“You don’t need one for less than a two week stay in Sinai.”

Lines awaited us when we stepped through the door. It was 5 am. My calves tightened when I walked.

The room was large and plain. Sun-scorched walls surrounded us. We picked a spot near the doors, waiting. Five minutes turned to ten, twenty, thirty. After two hours, we began to move. The rhythm turned lines into mobs, created a strange ritualistic dance of struggling against the walls and bars blocking the entrance into Egypt. Caught in this strange dance my body was crammed and pushed and prodded to the front.

The dance continued with my body trapped in its movements. Slammed against the bars someone’s eyes trailed my shoulders.

The guard’s eyes trailed my figure and I watched his eyes move over my face and hair. His face said nothing, but his eyes…

Crushed, beaten by the dance, metal bars blocked my escape and I couldn’t hide. His gaze went to my eyes, tinted with the blue waters of the Caribbean, then to my hair, bleached blonde in the sun. He reached for the keys, and his eyes never left my face.

“He only let you through because of your hair color, Amy.”

Outside the heat chocked my breath and the dusty air swirled around me. I was lost in a haze of sand. I searched through that cloud, looking for a hint of green. Sweat dripped from my shoulders before evaporating, and the sun burned my body. I craved water and shade.

The coach stood silent, waiting for the driver to turn her engine and steer her down another dirt and pot-filled road. There, sitting with handfuls of other strangers.

The coach traveled the narrow road. Brown and red mountains littered the desert scope. On the left lay the Red Sea, hiding her secrets beneath the clear water; and the right, tall jagged mountains. I dreamt of the desert behind those mountains, reaching to consume the Red Sea, blocked only by stone.

I woke to Gerry and Megan calling my name.

We stepped off the coach into a desert village. Scattered along the Red Sea were small straw huts, with woven rugs used as doors. Those rugs—some red, others blue, and yellow—splashed color into the surroundings. They waited patiently for our arrival as if a quiet whisper welcomed me to the desert, offered me shelter from the consuming heat. If the beach could talk, I imagined what it would say, conflicted voices between the sand and the sea.

You don’t know what it’s like, here in the desert. 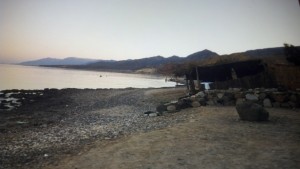 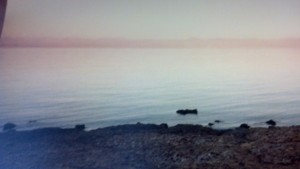 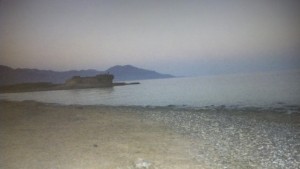 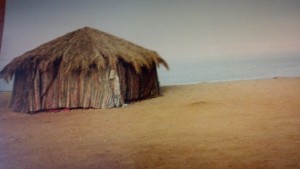 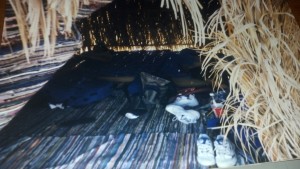 Copyright © ThruTheStorm.com 2021 All Rights Reserved.
No part of this website may be reproduced without ThruTheStorm's express consent.
The information presented here is not intended or implied to be a substitute for professional medical advice, diagnosis, or treatment.
All content is available for general informational purposes only.